Traditionally, the intent to fuse architecture and nature has always been present in Japanese culture, But this contemporary Buddhist temple boldly sends bamboo soaring towards the sky. The space for congregation and prayer is raised from the bustling heart of the world’s biggest metropolis and then veiled from it – with a bamboo forest. Looking back to the lush greenery from the inside, one feels as though they are somewhere in the middle of a verdant garden rather than the center of the busy Japanese capital.

The temple’s main hall dedicated to the monks’ congregation and tea ceremony is a semi-outdoor space that features a bright and luminous interior finished with traditional tatami mats. Thanks to wide glazed sliding screens and sweeping views of bamboo the margin between inside and outside seems to dissolve even if the screens are shut. This outdoorsy sensation is further enhanced by a painted wall depicting falling water.

Outside, bamboo stems are decorated with hanging chains featuring 108 faceted crystals. The number of crystals represents the 108 Buddhist prayer beads conventionally used to count the number of times a mantra is recited. What is more, some of the crystals enclose symbolic silhouettes such as images of Buddha. And these are no ordinary crystals. For this temple, only Swarovski crystals will do. 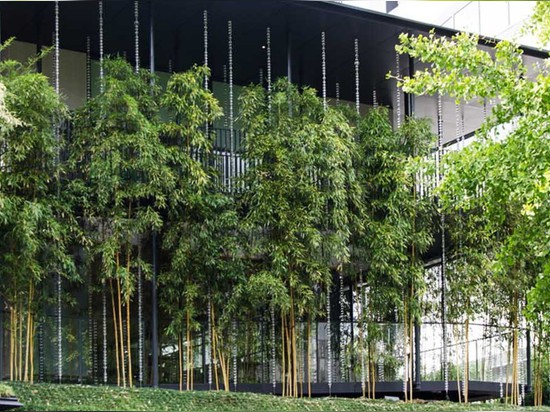 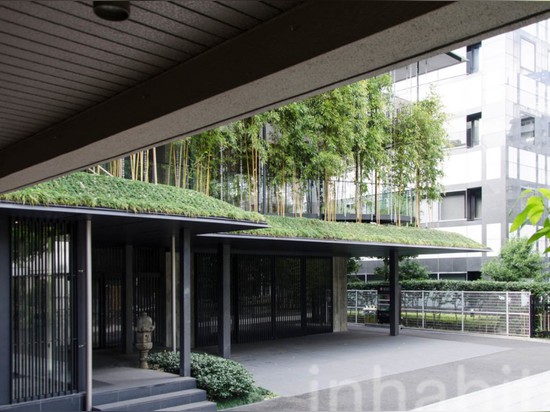 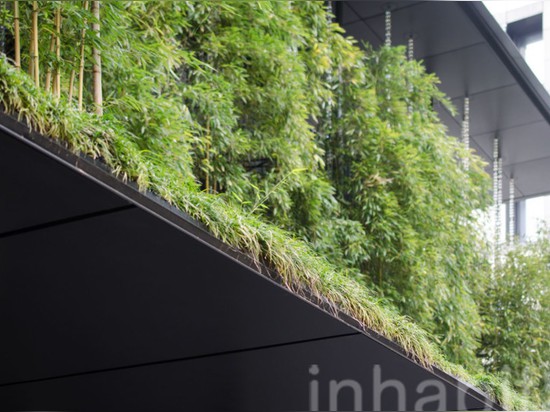 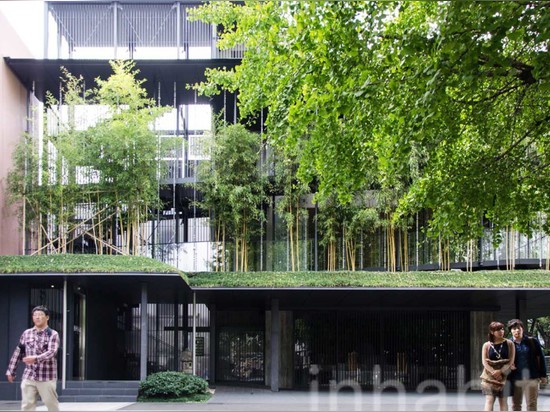 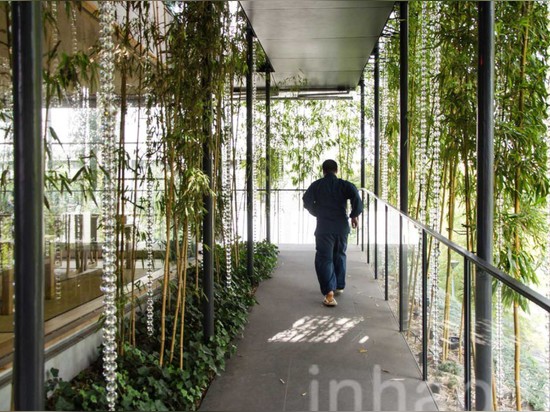 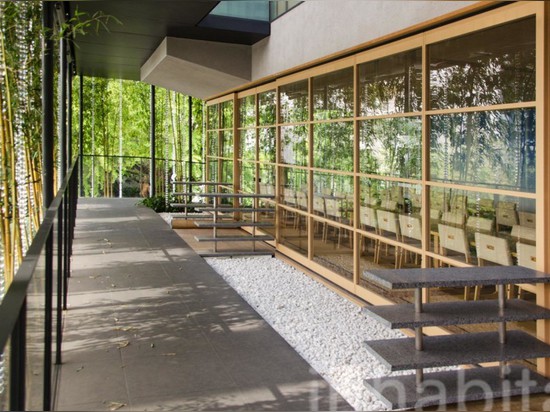