A modular apartment that is full of secrets

As you may know, size doesn’t matter. That’s what Russian designer Vlad Mishin demonstrates with the Transformer Apartment. As maximizing space has become a major challenge in modern and urban architecture, Mishin’s task was to rearrange a 62 m² apartment so that space would stop being an issue. By playing smart, he had the idea of several transforming elements that can change the entire configuration of the apartment according to their use. The space is cut in two by a massive and faceted wall that contains most of the apartment’s secrets.

Indeed, this odd wooden wall hides most of the household functions. Starting with the kitchen, hidden behind the larger portion of these weird geometrical wooden panels. Continuing with a TV space that can rotate and be used from different locations on both sides of the wall. The apartment has two major configurations: once the wall is opened, it embraces all the space and light it can use. However, once the wooden panels are closed, the apartment reveals a cozy and private bedroom along with a nice living room. Definitely a good place to play hide and seek! 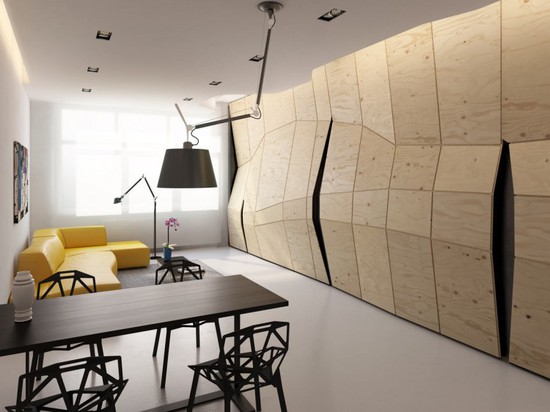 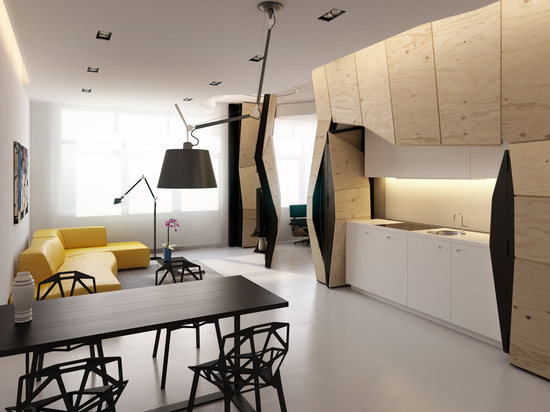 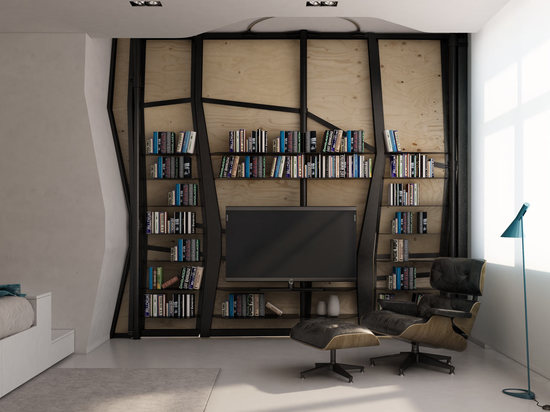 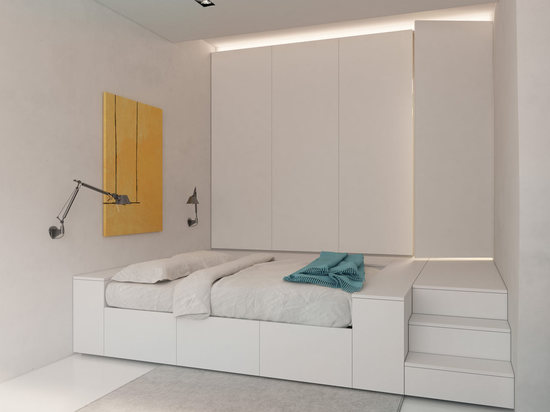 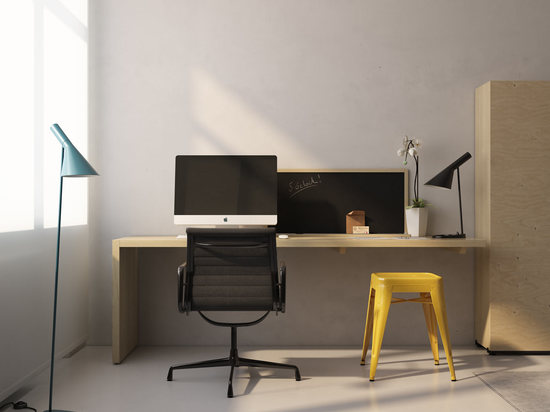 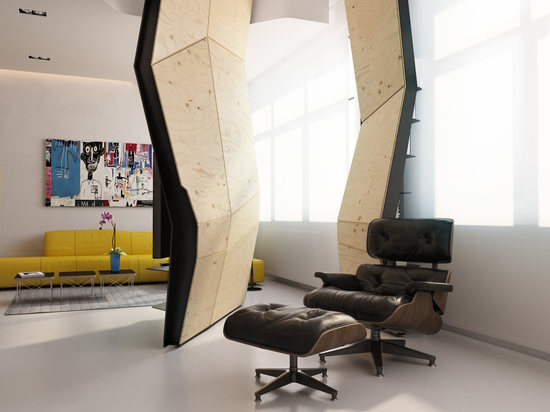